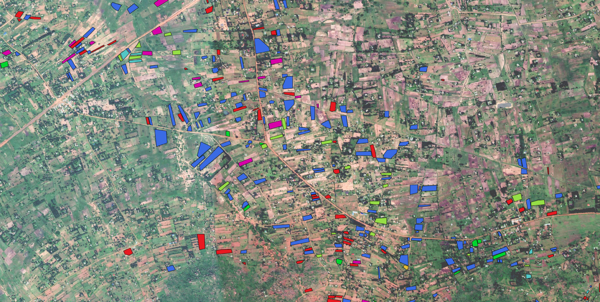 The Radiant Earth Foundation announced the winners of their Crop Detection in Africa challenge . The competition was hosted on Zindi, a platform that connects African data scientists to organizations with “the world’s most pressing challenges”—similar to Kaggle. Detecting crops from satellite imagery comes with extra challenges in Africa due to limited training data and the small size of farms.

As climate change will make farming more difficult in many regions across the world, this type of work is vital for protecting food production capacities. Knowing what is being planted where is an important first step in this process. Last year I covered the AI Sowing App from India (DT #20), another climate resilience project that helps farmers decide when to plant which crop using weather and climate data; better data on crop types and locations can certainly help initiatives like that as well.

This section of Dynamically Typed covers climate change prevention and adaptation projects that use AI.