#40: Pinterest's ML for board organization, GAN-aided pixel art, and Bayesian optimization gets the Distill treatment

Hey everyone, welcome to Dynamically Typed #40! Today in productized AI I’m covering Pinterest’s new ML-based organization feature, and I have links to a meeting notes transcription tool and 3D photos on Facebook and the iPhone SE. On the ML research side, I wrote about Distill’s new Bayesian optimization paper, and I have links to several new model visualization and training tools. For climate AI there’s Google’s commitment to stop making AI tools for oil and gas extraction, as well as an update on Open Climate Fix. Finally, for cool things I found pixel-me, a site that generates 8-bit style portraits based on photos, and a cool demo of self-learning digital squids. Let’s dive in! 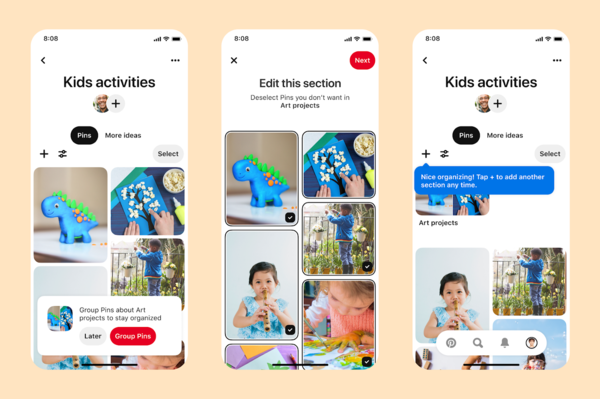 Pinterest has added new AI-powered functionality for grouping images and other pins on a board. The social media platform is mostly centered around finding images and collecting (pinning) them on boards. After working on a board for a while, though, some users may pin so much that they no longer see the forest for the trees. That’s where this new feature comes in:

For example, maybe a Pinner is new to cooking but has been saving hundreds of recipe Pins. With this new tool, Pinterest may suggest board sections like “veggie meals” and “appetizers” to help the Pinner organize their board into a more actionable meal plan.

Here’s how it works:

Coming up with potential groupings is a three-step process. First, a graph convolutional network called PinSage computes an embedding based on text associated with the pin, visual features extracted from the image, and the graph structure. Then the Ward clustering algorithm (chosen because it does not require a predefined number of clusters) generates potential groups. Finally, a filtered count of common annotations for pins in the group decides the proposed group name.

Pinterest has really been on a roll lately with adding AI-powered features to its apps, including visual search (DT #23) and AR try-on for shopping (DT #33). This post by Dana Yakoobinsky and Dafang He on the company’s engineering blog has the full details on their implementation of this latest feature, as well as some future plans to expand it.

Bayesian optimization of finding gold along a line, using the probability of improvement (PI) acquisition function. (Agnihotri and Batra, 2020.)

Apoorv Agnihotri and Nipun Batra wrote an article Exploring Bayesian Optimization for Distill. This technique is used in hyperparameter optimization, where evaluating any one point—like the combination of a learning rate, a weight decay factor, and a data augmentation setting—is expensive: you need to train your entire model to know how well the hyperparameters performed.

This is where Bayesian optimization comes in. It centers around answering the question “Based on what we know so far, what point should we evaluate next?” The process uses acquisition functions to trade off exploitation (looking at points in the hyperparameter space that we think are likely to be good) with exploration (looking at points we’re very uncertain about). Given an appropriate acquisition function and priors, it can help find a good point in the space in surprisingly few iterations.

Bayesian optimization was one of the tougher subjects to wrap my head around in graduate school, so I was very excited to see it get the Distill treatment. Agnihotri and Batra explain the process through an analogy of picking the best places to dig for gold which, incidentally, was also one of its first real-world applications in the 1950s! You can read the full explainer here; also check out DragonFly and BoTorch, two tools for automated Bayesian optimization from my ML resources list. 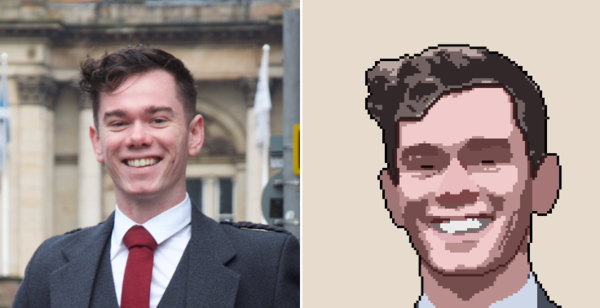 Japanese developer Sato released pixel-me.tokyo, a website that generates an 8-bit style portrait based on user-submitted photos. It works both on human faces and pets. Sato also previously made AI Gahaku (“AI master painter”), which creates portraits in the style of classical painters. He built both projects using pix2pix, a conditional generative adversarial network (cGAN) that’s commonly used for AI art projects. Google developer advocate Kaz Sato (“similar names, but we are not the same person”) wrote up a nice piece for the Google Cloud blog about Sato’s process the projects.

If you enjoyed this issue of Dynamically Typed, why not forward it to a friend? It’s by far the best thing you can do to help me grow this newsletter. 🌬