Hey everyone! It was bound to happen at some point—this is the first Dynamically Typed I haven’t sent on time. But with a good reason: I was in Edinburgh last weekend to receive my MSc Artificial Intelligence degree, and I spent all my time there with family and friends. :) 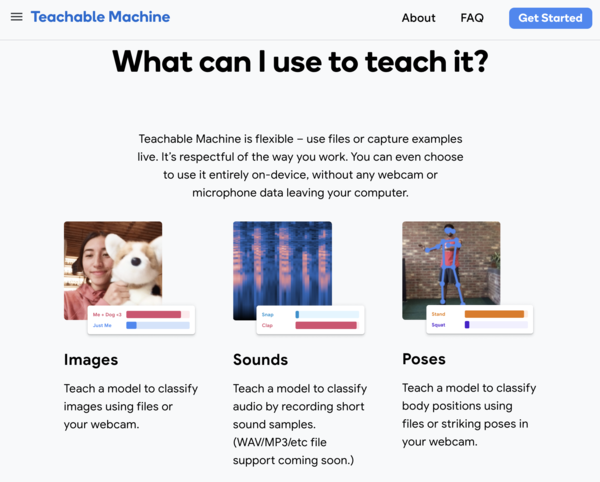 Teachable Machine can be used to classify images, sounds, and poses.

Google launched Teachable Machine 2.0, a web-based no-code tool for gathering data, training an AI model, testing and tweaking it, and deploying it to a website or app. It can classify images (from files or a webcam), sounds (recorded from a microphone, with file support coming soon), and poses (from files or a webcam). Here’s a few example projects from the Teachable Machine website:

Teachable Sorter: A physical machine that you can teach to rapidly recognize and sort objects using your own custom machine learning models. 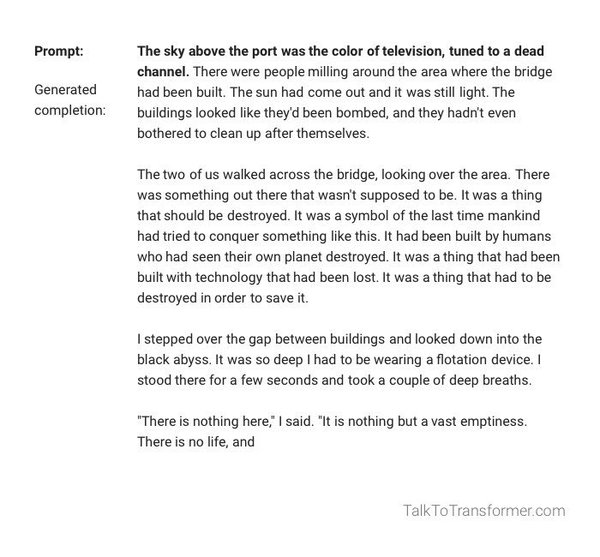 "[Full-size GPT-2] fed the opening line of neuromancer has created a novel premise i really want to read?” (@tambourine on Twitter.)

OpenAI has finished the staged release of GPT-2 with their publication of the 1.5 billion-parameter model. GPT-2 is OpenAI’s language model capable of generating text that convincingly looks like it’s written by humans. Out of fear for abuse, the lab has been releasing progressively bigger (and more capable) versions of the model slowly over the past nine months—see my coverage of the initial 117M release (DT #8); the 345M release (#13); and the 774M release (#22). OpenAI’s five big takeaways from the release were the following:

4. We’ve seen no strong evidence of misuse so far.

5. We need standards for studying bias.

For details on each of these see OpenAI’s blog post from earlier this month.

In the weeks following the release, a lot of interesting work related to this full-size GPT-2 release popped up on Twitter. I’ve compiled a few of them below: 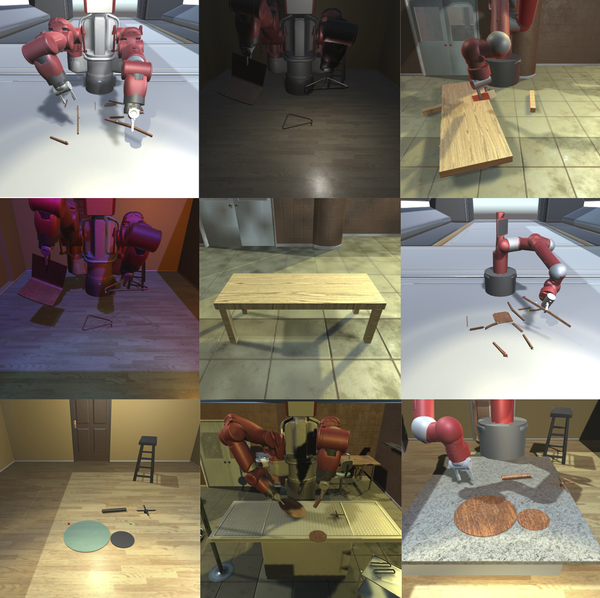 The IKEA Furniture Assembly Environment is one of the first benchmarks for testing and accelerating the automation of complex manipulation tasks. The environment is designed to advance reinforcement learning from simple toy tasks to complex tasks requiring both long-term planning and sophisticated low-level control. Our environment supports over 80 different furniture models, Sawyer and Baxter robot simulation, and domain randomization.

Each task in the environment can be observed as a camera view of the scene, a depth view, a segmentation view, and a goal view of the assembled piece of furniture. A smaller beta version of the environment is currently available, with the full version set to launch next month. More: 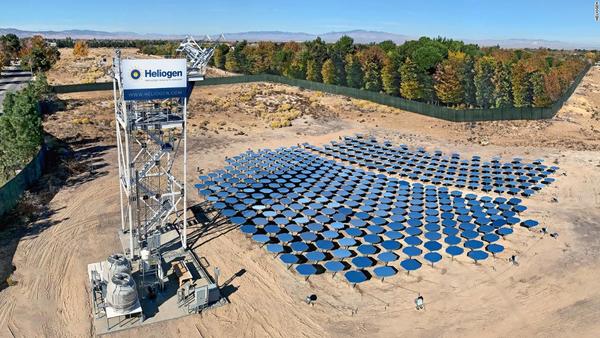 Heliogen is using artificial intelligence to increase the efficiency of concentrated solar power. Unlike the more common solar PV setups, where each panel converts sunlight to energy, concentrated solar power uses arrays of mirrors to concentrate sunlight on a single small point. It then warms up a transport liquid to create a “super-heated system” that can be used to generate electricity or power industrial processes—like steel and cement production—that require higher temperatures than other renewable energy sources can provide.

Concentrated solar power itself is not a new technology, but it has previously been expensive to use because of how precisely the mirrors had to be manufactured and installed. Heliogen’s AI approach removes the need for this costly precision:

[To] address the calibration and control challenges of small heliostats, we’ve developed and patented an innovative computer vision closed-loop tracking control system. This allows heliostats to be installed and manufactured in a relatively imprecise manner because the control system can detect and correct their actual tracking position in real-time during operation.

Heliogen has commercialized this HelioMax technology into two products: HelioHeat (heat up to 1500°C for industrial processes) and HelioFuel (green hydrogen production). Their overall mission is to reduce our reliance on carbon-intensive energy sources by “replacing fuels with sunlight.” Read more about Heliogen here:

Climate Change AI released a start-up webinar co-sponsored by Better Ventures. They pitch it as:

A webinar for current and prospective entrepreneurs on commercializing innovations in the area of AI and climate change. Topics covered include funding milestones, early team formation, pitch deck structure, and fundraising best practices.

You can watch the full webinar on YouTube: Start-up Webinar with Better Ventures and CCAI. 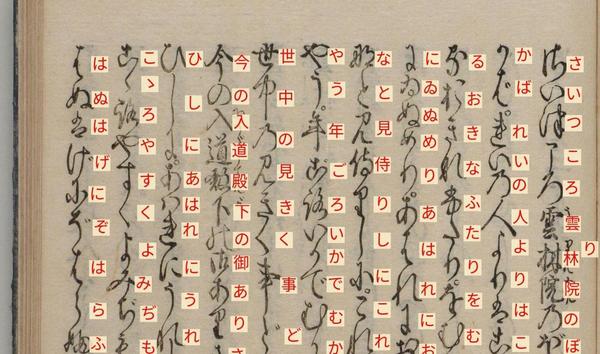 From 800 until 1900 CE, Japan used a writing system called Kuzushiji, which was removed from the curriculum in 1900 when the elementary school education was reformed. Currently, the overwhelming majority of Japanese speakers cannot read texts which are more than 150 years old. The volume of these texts—comprised of over three million books in storage but only readable by a handful of specially-trained scholars—is staggering.

Alex Lamb wrote about his work with collaborators to create a KutoNet, a neural optical character recognition model to make these documents legible to more people. The post digs into the challenges involved with transcribing Kuzushiji—including the fact that most documents were created using artful woodblock printing—and also covers the Kaggle competition they launched with their dataset. It’s a cool read about the perhaps surprising application of AI to history. Check it out over at The Gradient: How Machine Learning Can Help Unlock the World of Ancient Japan.

If you enjoyed this issue of Dynamically Typed, why not forward it to a friend? It’s by far the best thing you can do to help me grow this newsletter. 👨‍🎓