Edge intelligence is the idea of doing machine learning locally on a device instead of on a server. Take the task of searching images based on detected objects, for example, like finding all your photos of dogs. If you use Google Photos, your pictures are uploaded to the cloud, where Google’s servers process and tag them, potentially as “dog” or “cat.” If you use Apple’s Photos app, on the other hand, your phone does this processing and tagging itself (usually at night, when it’s plugged in). Apple’s implementation is an example of edge intelligence, and it has several advantages:

This week, there were quite a few announcements around edge intelligence: on the product side, Apple launched new versions of Create ML and Core ML at WWDC, and Nvidia launched its EGX Platform; on the research side, there was the MicroNet Challenge, SpArSe, and EfficientNet. 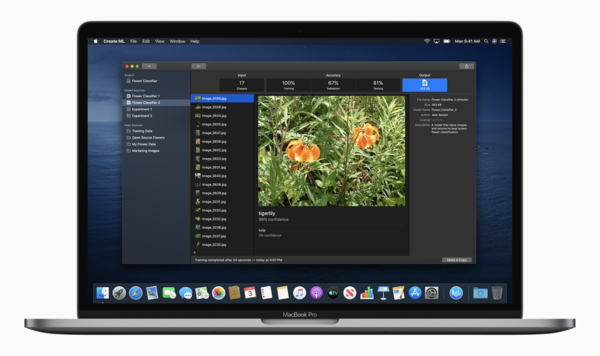 The new, user-friendly Create ML app lets you build, train, and deploy machine learning models with no machine learning expertise required. Create ML lets you view model creation workflows in real time. You can even train models from Apple with your custom data, with no need for a dedicated server.

Related, Nvidia launched its own edge intelligence platform, EGX. These new low-cost, low-power chips can be deployed “from factory floors to store aisles” to analyze data without having to send it to a central server farm:

EGX starts with the tiny NVIDIA® Jetson Nano™, which in a few watts can provide one-half trillion operations per second (TOPS) of processing for tasks such as image recognition. And it spans all the way to a full rack of NVIDIA T4 servers, delivering more than 10,000 TOPS to serve hundreds of users for real-time speech recognition and other complex AI experiences.

I’m super excited for the future that chips like this will enable: for example, imagine hundreds low-cost video cameras that can be deployed throughout an area to detect anomalies (fires, leaks, break-ins, etc.), with the advantages of preserving privacy (the raw video never has to be centrally stored) and needing only a weak network connection (the device can just send an “I detected this!” signal instead of a full video stream for server-side analysis). More: 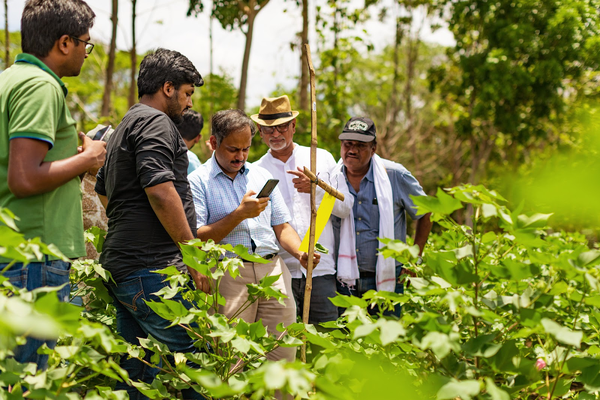 Indian organization Wadhwani AI is using machine learning to identify crop pests from photos. According to senior director Rajesh Jain, they’ve already developed and tested algorithms for two major types of pests in India. The organization now received a grant from Google.org’s AI Impact Challenge (see DT #13 for other winners) to help tackle the challenges they face in deploying their tech more broadly:

We have the technology, but scaling it and making it accessible to farmers will be difficult. There are differences in literacy, diversity, cultural differences, climate differences. We need to scale our solution to address all the challenges.

How does this relate to the climate crisis? Increases in temperature and CO2 levels have been shown to cause population booms in several types of harmful insects. Project like this, which mitigate the impact of climate change on society, will become increasingly important as the earth continues to warm. Read more about Wadhwani AI’s work in Jen Harvey’s post for The Keyword: How AI could tackle a problem shared by a billion people. 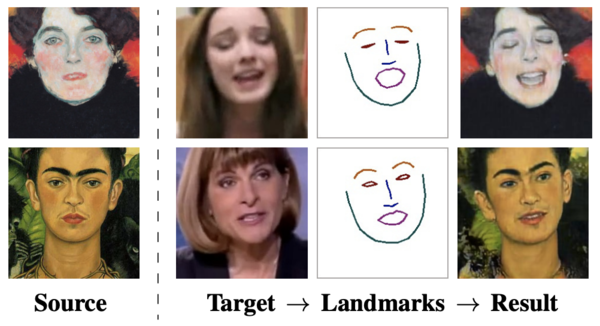 Neural avatars; the face shape of the Target is projected onto the Source frame to create the Result. (Zakharov et al.)

Samsung AI researchers have developed few-shot neural avatar technology, allowing them to animate the position of one face onto another using just one or a few reference video frames. It represents the next step in using generative adversarial networks (GANs) to generate realistic-looking faces (see DT #4), this time combined with meta-learning on a large video dataset.

Zakharov et al. say their work is meant for telepresence applications, but their paper has raised some concerns. Many people fear that this technology can be used to more easily create deepfakes, realistic-looking videos of people saying and doing things they never said or did. In the description of their demo video, the authors contend that the democratization of things like video recording, audio editing and special effects had an overall positive impact on the world, and that this will also be the case for neural avatar technology. I do agree with them; the pros and cons are similar to the debate around open-sourcing OpenAI’s GPT-2 (see DT #8). (Notably, however, there’s no ethics section in the actual paper.) More:

Edge intelligence research has heated up in the past few weeks. Here’s a few recent announcements around making neural networks much smaller:

There will be a MicroNet Challenge at NeurIPS 2019, where contestants can compete on three tasks: ImageNet classification, CIFAR-100 classification, and WikiText-103 language modeling. The goal is to reach a base level of quality for each task using the least amount of bytes to store the model and math operations to make predictions. This is an important step in pushing these commonly used neural networks to the edge. More: MicroNet Challenge.

Arm Research’s SpArSe looks like it could compete in this challenge: the architecture search method can design convolutional neural networks (CNNs) “which generalize well, while also being small enough to fit onto memory-limited [microcontrollers].” Paper on arXiv by Fedorov et al.: SpArSe: Sparse Architecture Search for CNNs on Resource-Constrained Microcontrollers.

DeOldify is Jason Antic’s tool for colorizing black-and-white photos. It’s based on a self-attention generative adversarial network (SAGAN) written in fast.ai on PyTorch, impressively trained on just “a Linux box in a dining room … using only a single consumer GPU.” Together with collaborators Jeremy Howard and Uri Manor, Antic have now also extended the method into colorizing videos, using a different type of GAN to reduce flicker. More: 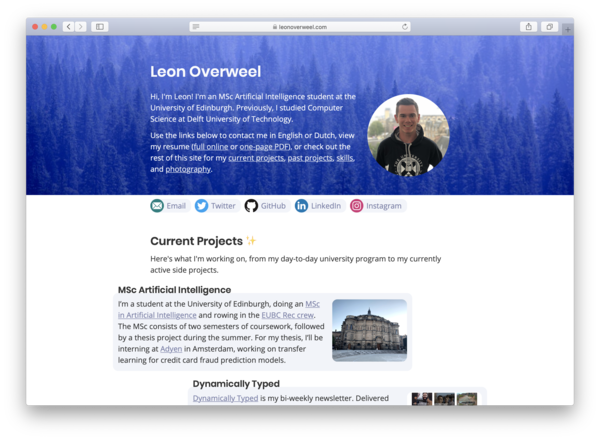 I’ve launched a new version of my personal website! I built the first version four years ago back in high school, in the form of a custom content management system built on Python (2 😅), jinja2, and Google App Engine. It became pretty cumbersome to keep up to date, so I decided to tear it down and start from scratch.

I built leonoverweel.com 2.0 in Hugo, which means that it’s now statically generated and all my content is stored in Markdown files. I can now add or change the simple text files on GitHub from anywhere (🙌 Working Copy), and once I commit and push changes they get built and deployed in a few seconds by Netlify. I’ll write up a more detailed post about the site soon, but for now you can check it out at the link below!